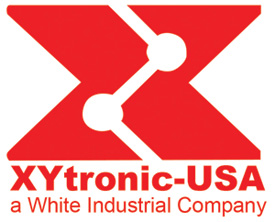 DSP700LF is a water soluble solder paste formulation utilizing Qualitek’s SN100e alloy as a lead free alternative for those using costly SAC alloys and for those switching from lead containing Sn63/Pb37 to the lead free process. SN100e exceeds

Question: What is the standard for de-ionized water in smt field if any at all. Would it be more cost effect to buy an de-ionizer then to buy the water? If so can you point me in the right direction. Thank-You

De ionized is de-ionized. Contact your local water supplier such as culligan or whoever. They can give you the rundown on leasing or buying tanks, etc... Your cleaner will have to have some type of provision for adding external filtration/deioniza

The Balver Zinn Group announces that Cobar Europe BV has been awarded an NPI Award in the category of Soldering Materials for its Aquasol Branded Water Soluble solder paste. The award was presented to the Stan Renals, CEO of the Cobar Division during a Tuesday, April 6, 2010 ceremony that took place in the Mandalay Bay Resort & Convention Center in Las Vegas during APEX 2010.

This paper researches the effectiveness of the R.O.S.E. cleanliness testing process for dissolving and measuring ionic contaminants from boards soldered with no-clean and lead-free flux technologies.

Qualification of electronic hardware from a corrosion resistance standpoint has traditionally relied on stressing the hardware in a variety of environments. Before the development of tests based on mixed flowing gas (MFG), hardware was typically exposed to temperature-humidity cycling. In the pre-1980s era, component feature sizes were relatively large. Corrosion, while it did occur, did not in general degrade reliability. There were rare instances of the data center environments releasing corrosive gases and corroding hardware. One that got a lot of publicity was the corrosion by sulfur-bearing gases given off by data center carpeting. More often, corrosion was due to corrosive flux residues left on as-manufactured printed circuit boards (PCBs) that led to ion migration induced electrical shorting. Ion migration induced failures also occurred inside the PCBs due to poor laminate quality and moisture trapped in the laminate layers.

: As a rule of thumb removing M1/H1 flux residues is paramount, however it is an easy task – use warm de-ionized water at 40-60°C with recommended water pressure of 30-50 PSI –  NWS

. De-ionized water is dripped onto the wheel to lubricate, cool, and remove the abraded particles. Once the sample is uniformly abraded and flat, it is meticulously cleaned with de-ionized water to remove any remaining loose particles and blown dry with nitrogen gas


One-stop Platform For All Your Need For SMT - QYSMT