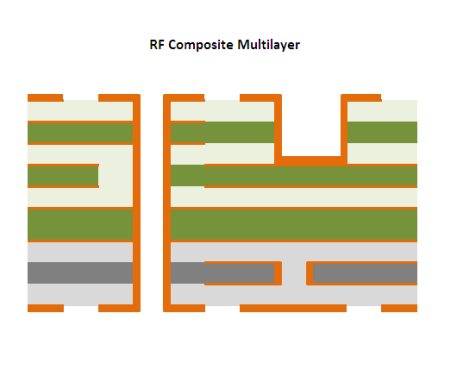 The main advantage if ENIG over HASL is that ENIG is flat and HASL generally is not. The main disadvanages to ENIG over HASL are: * Cost of ENIG is 1.5 - 2X higher than HASL * Selflife is less than HASL * You solder to nickel, rather than copper * E

We have been using this finish almost exclusively for fine pitch boards for about 5 years. Make SURE you use a board house that does the gold plating in-house. There are some potential issues as DaveF stated. The only problem we have encountered is w

The SMTA has formed the SMTA International Technical Committee for 2003.

IPC — Association Connecting Electronics Industries® has extended the deadline of their invitation for engineers, researchers, academics, technical experts and industry leaders to submit abstracts for IPC APEX EXPO 2017 to be held at the San Diego Convention Center. Professional development courses will take place February 12, 13 and 16, 2017 and the technical conference will take place February 14–16, 2017. The extended deadline is July 8, 2016.

Identification and Prevention of "Black Pad"

The use of an electroless nickel, immersion gold (ENIG) surface finish comes with the inherent potential risk of Black Pad failures that can cause fracture embrittlement at the interface between the solder and the metal pad. As yet, there is no conclusive agreed solution to effectively eliminate Black Pad failures. The case studies presented are intended to add to the understanding of the Black Pad failure mechanism and to identify both the plating and the subsequent assembly processes and conditions that can help to prevent the likelihood of Black Pad occurring.

Solving the ENIG Black Pad Problem: An ITRI Report on Round 2

A problem exists with electroless nickel / immersion gold (ENIG) surface finish on some pads, on some boards, that causes the solder joint to separate from the nickel surface, causing an open. The solder has wet and dissolved the gold. A weak tin to nickel intermetallic bond initially occurs, but the intermetallic bond cracks and separates when put under stress. Since the electroless nickel / immersion gold finish performs satisfactory in most applications, there had to be some area within the current chemistry process window that was satisfactory. The problem has been described as a 'BGA Black Pad Problem' or by HP as an 'Interfacial Fracture of BGA Packages…'[1]. A 24 variable experiment using three different chemistries was conducted during the ITRI (Interconnect Technology Research Institute) ENIG Project, Round 1, to investigate what process parameters of the chemical matrix were potentially satisfactory to use and which process parameters of the chemical matrix need to be avoided. The ITRI ENIG Project has completed Round 1 of testing and is now in the process of Round 2 TV (Test Vehicle) build.

The Last Will And Testament of the BGA Void