Creative Electron is the largest US manufacturer of x-ray inspection systems for electronics. We proudly design and manufacture the award winning TruView X-Ray family of products. 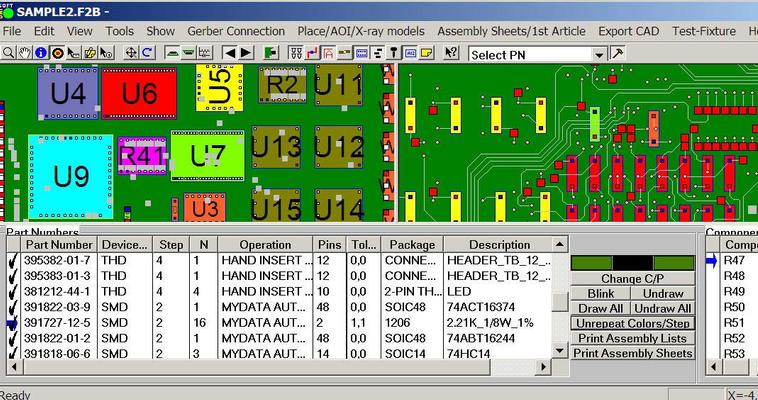 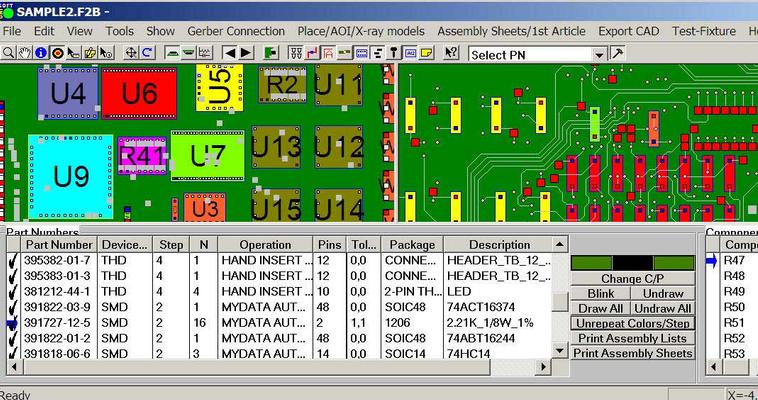 Thank you for your reply bobpan, and will try dropping the running speed, will let you know.

Thankyou also dilbert, have reset the machine, and given it a maintenence check they are pretty basis thing's and these machines usually only stop when it is user error! will try the slow running mentioneed from bobpan and will also try your suggesti MIRTEC is excited to announce its participation in an exclusive ONLINE CONFERENCE & EXPO. The event will be broadcast live on Wednesday, July 8, 2020 from 10 a.m. - 2:30 p.m. EST and will include a full program of live presentations, interviews and special guests.

MIRTEC will premier its complete line of 3D AOI and SPI Inspection Systems in Booth #1900 at the 2020 IPC APEX EXPO. The premier technical conference and exhibition for the electronics manufacturing industry will take place Feb. 4-6, 2020 at the San Diego Convention Center. 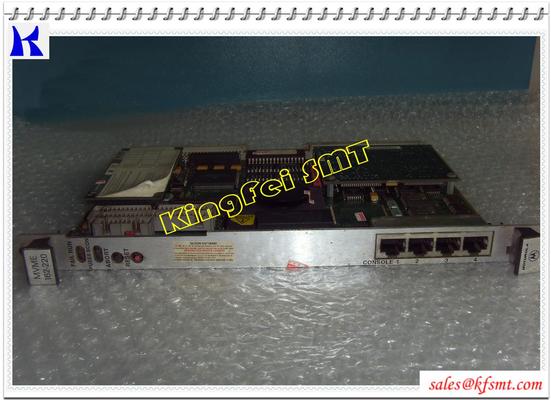 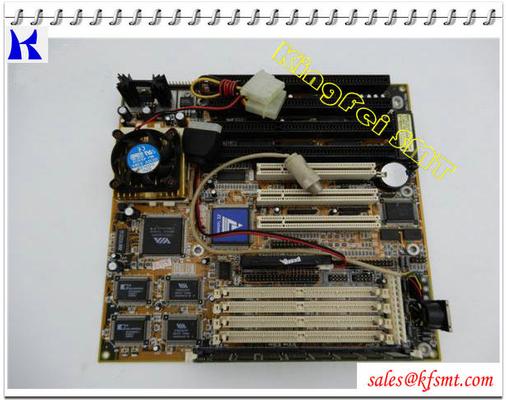 Making your novel electronic item design ready for mass fabrication and printed circuit board assembly consists of a lot of steps as well as risks. I will provide a few recommendations about how to neglect pricey errors and how to reduce the time to promote your novel item designs. You can hire printed circuit board assembly services for this. As soon as you have accomplished your product as well as printed circuit board design, you wish to get started developing prototypes prior to you commit to big fabrication volume. A lot of design software packages, for instance, PCB layout design software, as well as an industrial design software program, possess simulation potentials incorporated. Carrying out a simulation facilitates curtailing numerous design mistakes prior to the first prototype is developed. In case you are developing an intrusive item, you might desire to think about a modular design wherein all of the chief functionalities are situated in individual modules. All through your testing, you could then swap modules that don’t cater to the design limits. Spinning individual modules would be swifter and more cost-effective in comparison to spinning a complete design. Counting on the design intricacy, you can mull over manually mounting printed circuit board elements to bank dollars. Nonetheless, for medium to big intricacy this procedure likely to be very time taking, typically in case you wish to create numerous prototypes. Hence it makes sense thinking about a contract manufacturer for the assembly. Whilst running miniature quantity fabrication runs, the fabrication setup expenditure will usually control the by and large prototype constructs expenditure. Whilst seeking a subcontractor, it is finest to choose a vendor that focuses on prototype builds to reduce the cost. Prototype printed circuit board fabricators characteristically join the circuit boards of a number of clients which efficiently shares the setup expenditure in the midst of some customers. The disadvantage is that you would characteristically only be able to want among numerous standard printed circuit board material thicknesses as well as sizes. Apart from choosing a supplier with low setup expenditure, choosing a firm that would moreover be capable to manage your whole fabrication runs curtails mistakes because switching fabricators have the chance of errors owing to a specific supplier interpreting fabrication design data in a different way. This manner your design is already translated into the particular machine data that implies little or no setup expenditure for your final fabrication. A few PCB manufacturers also provide printed circuit board design services that are awesome plus if you do not possess experience with the design. Moreover, these vendors would be capable to help you in case there are issues with your design folders and be capable to detect issues prior to the fabrication.

There is a compelling need for functional testing of high-speed input/output signals on circuit boards ranging from 1 gigabit per second (Gbps) to several hundred Gbps. While manufacturing tests such as Automatic Optical Inspection (AOI) and In-Circuit Test (ICT) are useful in identifying catastrophic defects, most high-speed signals require more scrutiny for failure modes that arise due to high-speed conditions, such as jitter. Functional ATE is seldom fast enough to measure high-speed signals and interpret results automatically. Additionally, to measure these adverse effects it is necessary to have the tester connections very close to the unit under test (UUT) as lead wires connecting the instruments can distort the signal. The solution we describe here involves the use of a field programmable gate array (FPGA) to implement the test instrument called a synthetic instrument (SI). SIs can be designed using VHDL or Verilog descriptions and "synthesized" into an FPGA. A variety of general-purpose instruments, such as signal generators, voltmeters, waveform analyzers can thus be synthesized, but the FPGA approach need not be limited to instruments with traditional instrument equivalents. Rather, more complex and peculiar test functions that pertain to high-speed I/O applications, such as bit error rate tests, SerDes tests, even USB 3.0 (running at 5 Gbps) protocol tests can be programmed and synthesized within an FPGA. By using specific-purpose test mechanisms for high-speed I/O the test engineer can reduce test development time. The synthetic instruments as well as the tests themselves can find applications in several UUTs. In some cases, the same test can be reused without any alteration. For example, a USB 3.0 bus is ubiquitous, and a test aimed at fault detection and diagnoses can be used as part of the test of any UUT that uses this bus. Additionally, parts of the test set may be reused for testing another high-speed I/O. It is reasonable to utilize some of the test routines used in a USB 3.0 test, in the development of a USB 3.1 (running at 10 Gbps), even if the latter has substantial differences in protocol. Many of the SI developed for one protocol can be reused as is, while other SIs may need to undergo modifications before reuse. The modifications will likely take less time and effort than starting from scratch. This paper illustrates an example of high-speed I/O testing, generalizes failure modes that are likely to occur in high-speed I/O, and offers a strategy for testing them with SIs within FPGAs. This strategy offers several advantages besides reusability, including tester proximity to the UUT, test modularization, standardization approaching an ATE-agnostic test development process, overcoming physical limitations of general-purpose test instruments, and utilization of specific-purpose test instruments. Additionally, test instrument obsolescence can be overcome by upgrading to ever-faster and larger FPGAs without losing any previously developed design effort. With SIs and tests scalable and upward compatible, the test engineer need not start test development for high-speed I/O from scratch, which will substantially reduce time and effort. 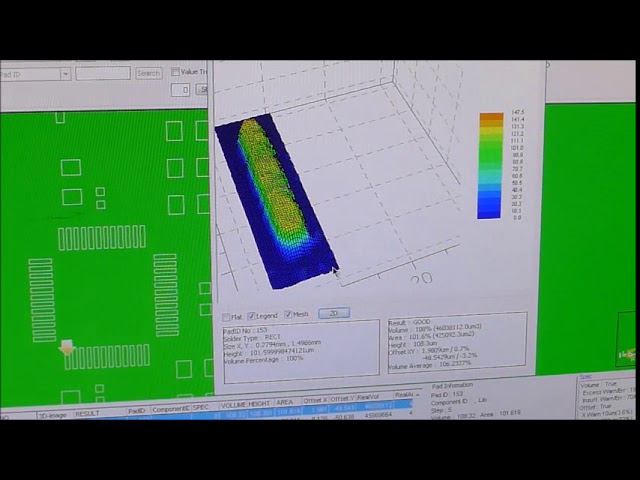 This is a running demon of the koh Young KY-3030 VAL Solder Paste Inspection machine. The video shows the machine catching an error introduced in the solder paste print.

Example of how to import CAD data and BOM files, and export to an assembly machine program set up file.