Do they meet the same level of paste release as electroformed?

We use quite a few Invar stencils.

I have several stencils that have apertures that fall below aspect ratio that work very well.

We feature Invar (Alloy 36) to be an alternative to stainless steel (304) foil, rather than electroformed.

Just finished using my first Invar stencil. Gotta say I was very reluctant at first but my stencil vendor convinced me to give it a shot.

I have to admit that I am pretty impressed. I would have normally used an electroformed stencil for the prototype job I was working but the Invar performed just as well.

Another plus is that the Invar stencil was onlt $25 more than one of my SS stencils. Thinking I might just buy the Invar for pretty much everything here on out.

The real test will be on a PWA that is currently in layout. It will hit our SMT line within the next two weeks.

I will update with results and more process details. Reminds me of when we transitioned from brass stencils/rubber squeege blades to SS!!

From what I have seen so far I would suggest that if anyone hasn't checked into Invar (alloy 36) foils you should give it a thought.

Sr.tech and davef, what is the smallest apperture and pitch that you have had when using Invar? Are you pretty much phasing out your Electroformed and replacing with Invar or have you still seen a need for the Electroformed stencils?

man I love to hit the boss with cost reductions!!!

I am not sure what the smallest aperture is that I have. I can tell you that I remember the area and aspect ratio (for apertures) being quite a bit lower than standard on quite a few stencils. We only order Invar on stencils that fall below ratio..

Your stencil house should be able to advise you accordingly.

BTW...We have never had the need for an electroformed stencil.

Had numerous PQFN packages that always gave us a little problem in the past.

I WILL be purchasing more Invar stencils!!

NOTE: Stencil vendor states the Invar foil will be fine to 15 mil pitch and 0402. 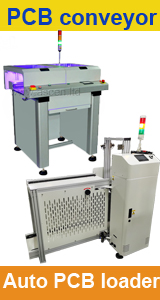