How to Read Circuit Diagrams for Beginners

This articles shows how to read circuit diagrams for beginne... - Nov 30, 2020 by Cherry Chu

How to Read Circuit Diagrams for Beginners | 30 November, 2020

Probably the simplest circuit that can be drawn is one that you may have seen in a school science class: a battery connected to a light bulb as shown below.

Each electronic or electrical component is represented by a symbol as can be seen in this simple circuit diagram. Lines used to connect the symbols represent conductors or wires. Each symbol represents a physical component that may look as follows.

A component list can now refer to these components by reference designator.

Circuit diagrams or schematic diagrams show electrical connections of wires or conductors by using a node as shown in the image below. A node is simply a filled circle or dot. When three or more lines touch each other or cross each other and a node is placed at the intersection, this represents the lines or wires being electrically connected at that point.

If wires or lines cross each other and there is no node, as shown at the bottom of the above image, the wires are not electrically connected. In this case the wires are crossing each other without connecting, like two insulated wires placed one on top of the other.

The bottom terminals of the bulbs are connected to each other and to the negative terminal of the battery, because the second node shows these connections.

Wires or lines in circuit diagrams are usually horizontal or vertical. In some cases a diagonal line may be used which is placed at 45 degrees.

Component symbols in a circuit diagram are usually placed horizontally or vertically. On very rare occasions a component may be placed at 45 degrees, but only for a very good reason.

Circuit diagrams are drawn as simply and neatly as possible. This means that the physical implementation of the circuit may look different to the circuit diagram, but they are electrically the same.

Lines connecting components can be thought of as insulated wires in most cases, with only the ends of the wires being bare conductors for electrical connection.

When lines cross each other in a circuit diagram, they can be thought of as two insulated wires crossing if there is no node where the wires intersect or cross each other.

Three lines intersecting at a point with a node at the intersection means that the three wires are electrically connected. This connection can be thought of as three insulated wires bared at the point of intersection and soldered together.

Two wires that cross each other with a node at the intersection of the crossing point means that the wires are electrically connected.

How to Read Circuit Diagrams for Beginners | 1 December, 2020

Thanks for your valuable article

High Precision Fluid Dispensers
Could your company use some $$$? Let Baja Bid turn your EXCESS ASSETS in to some much needed cash!
Outstanding liquid dispensing and UV curing, all within one platform, watch the video. 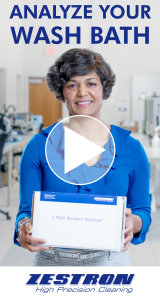