What is bebind the global chip crisis?

South Korea's giant automobile maker, Hyundai Motor Co, said on Tuesday that it plans to temporarily suspend production at its Ulsan No.1 plant in South Korea due to chip and component supply issues from April 7-14.

"We are closely monitoring the situation to take prompt and necessary measures and optimize production in line with the supply conditions," Hyundai said in a statement.

Toyota's Czech unit, Toyota Motor Manufacturing Czech Republic, has already announced its decision to halt production in Kolin, east of Prague, for two weeks due to the same reason.

It is not only car manufacturers - other tech companies that manufacture TVs, computers, game consoles, and mobile phones, have also been experiencing the negative effects of the crisis.

The automobile industry has become increasingly dependent on semiconductors for various features within cars, from driver-assistance to emergency braking.

Auto electronics, which includes everything from LCD screens to in-car systems, are set to account for 45 percent of a car's production cost by 2030, according to a Deloitte report.

Now, millions of cars that are almost finished, except for the chips that would complete them, are waiting for these integral, tiny semiconductors.

Automakers used about $40 billion of chips in 2018, according to Digitimes Research, and demand is increasing. Moreover, fully electric vehicles need twice as much, while self-driving ones will use far more.

According to data firm IHS Markit, the crisis could impact nearly 1.3 million unitsof global light vehicle production in the first quarter of this year.

No alt text provided for this image A worker wearing a face mask is seen on a production line at the plant of Dongfeng Honda Automobile Co in Wuhan, the epicenter of the novel coronavirus outbreak, in Hubei province, China March 16, 2020. (Reuters)

A fire at a chip factory owned by Japanese Renesas Electronics Corp, which accounts for 30 percent of the global market for microcontroller units used in cars, has deepened the crisis, IHS added.

Consulting firm AlixPartners predicted that the chip crisis could dent global auto industry revenues by as much as $60.6 billion.

For example, Volkswagen is expected to reduce its car production by at least 100,000 units and is looking for a way to solve the problem.

"It is too early to come up with concrete measures yet, but rest assured we are looking into this topic," Arno Antlitz , the company's incoming chief financial officer, told the Financial Times.

"Certification is a good process to make the vehicle safe, but when you end up with disruption, it's really difficult to replace it," Daron Gifford, who runs the automotive division at consultancy Plante Moran, said.

"If you make a vehicle with 9,000 parts, and if one doesn't work or isn't there, then it's a defective vehicle," Gifford added.

"The supply chain is very lean."

As Covid-19 forced much of the global population to spend time inside, the demand for home electronics -- tablets, laptops, video games, TV sets, etc -- increased.

Electronic companies rushed to buy more chips to meet the increasing demand for their devices. However, this situation created a chip shortage for auto companies.

Sanctions against Chinese tech companies have further exacerbated the problem.

Now, every company is requiring chips for their products frantically buying to shore up stocks.

Chips are produced in highly controlled environments known as "fabs," where specks of dust and unsuitable temperature could damage semiconductors.

As chips are in demand due to the pandemic, chipmakers cannot open new production lines to ease the shortage. 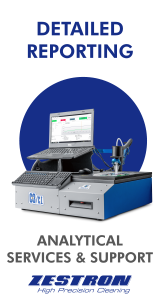 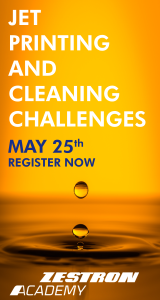