I am looking for a tool to measure copper thickness on finished circuit boards. I saw one of these once being used for incoming inspection. Can someone point me to where I can find such a tool?

CMI International says, there are five basic, non-destructive methods of determining coating thickness. Each method was devised to achieve cost-effective, accurate, and repeatable results. Those methods are: * X-Ray fluorescence * Eddy-current * Magnetic induction * Beta backscatter * Microresistance Each method is particularly suited to a specific coating(s)/substrate combination. For copper without a doubt, the best method for measuring surface copper thickness over epoxy is microresistance. It's faster and it can accommodate a greater thickness range than x-ray fluorescence, beta backscatter or eddy current. Microresistance does not penetrate the substrate to "see" copper on the other side of double-sided boards or inner layers on multi-layer boards as would the other methods.

To measure plated-through-hole copper, use eddy current prior to etch; micro-resistance after etch. 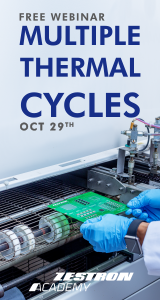 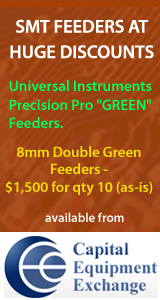 VIGON® NX 700 – the eco conscious chemistry. A powerful defluxing with VOC levels below 25 g/L that meet both SCAQMD and OTC regulations.