In the year 2005, the Lord came unto Noah, who was now living in the United States, and said, �Once again, the earth has become wicked and over-populated, and I see the end of all flesh before me. Build another Ark and save 2 of every living thing along with a few good humans.�

Six months later, the Lord looked down and saw Noah weeping in his yard � but no Ark. �Noah!� He roared, �I�m about to start the rain! Where is the Ark?� �Forgive me, Lord,� begged Noah, �but things have changed. I needed a building permit. I�ve been arguing with the inspector about the need for a sprinkler system. My neighbors claim that I�ve violated the neighborhood zoning laws by building the Ark in my yard. We had to go to the Development Appeal Board.

Then the Department of Transportation demanded a bond be posted for the future costs of moving power lines and other overhead obstructions. Getting the wood was another problem. There�s a ban on cutting local trees in order to save the spotted owl.

When I started gathering the animals, an animal rights group sued me. Then the EPA ruled that I couldn�t build the Ark until they�d conducted an environmental impact study on your proposed flood.

I�m still trying to resolve a complaint with the Human Rights Commission on how many minorities I�m supposed to hire for my building crew. Immigration and Naturalization is checking the green-card status of most of the people who want to work. The trades unions say I can�t use my sons. To make matters worse, the IRS seized all my assets, claiming I�m trying to leave the country illegally with endangered species.

So, forgive me, Lord, but it would take at least 10 years for me to finish this Ark.� Suddenly the skies cleared, the sun began to shine, and a rainbow stretched across the sky. Noah looked up in wonder and asked, �You mean you�re not going to destroy the world?�

Note that Lead-free has not been included since it's a European Directive.

And if they built it in it's original location good old George would call in an air strike claiming it was as covert desert air craft carrier housing weapons of moose destruction.

Unfortunately.....every new representative that gets elected wants to make a new law.....hence......thats why there is a law for just about anything..anybody..does. Its hard to remember the last time someone actually repealed a law instead of making 10 new ones.

Rob you must obviously be a dumb ass for making such a statement about the president of the United States of America. I've read before that no political statements should made on the Forum.

Please, don't give em' a soap box to preach from.

Now, back to No-Lead. Has anyone else out there thinking about the higher emmisions you're company will pump out due to higher temps? Just wondering. I can see the "No-Lead Brain Trust" sitting back in their expensive new offices a few years from now, laughing and patting each others arse cause they got everyone to follow their stupid little rule. Then realizing, that they may be out of a job? Oh no, what to do? Lets create new emmision laws! Lets jump on the "global warming" band wagon and ride that one out for a few more years.

We agree, calling George 'old' is a big insult! 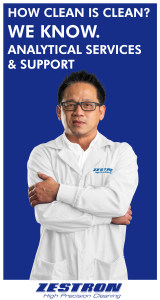