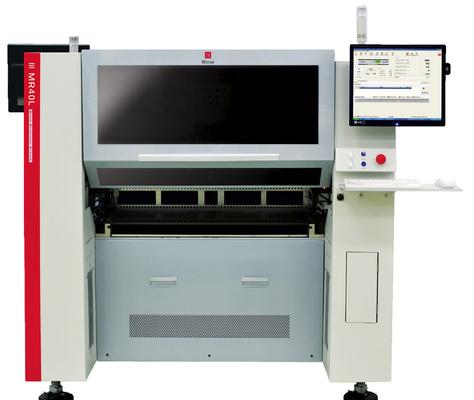 The MR series expands on the key features of the Mirae Mx series and offers very high feature content at industry leading cost points. The innovations and improvements are evidenced by 68 patents secured by Mirae during the development of this new platform.

The MR series utilizes a sophisticated and proprietary drive system which produces greater speed (20 to 25% faster), reliability and accuracy. Additionally, the MR series provides higher feeder capacity, at 120 slots; taller part capacity, at 25mm; and the machines use the new Electronic Smart eX feeders (standard on all machines), which index 6 times faster than the previous design and stores data directly on the feeder’s on-board memory - reducing errors and improving efficiency. Camera resolution is a 300% improvement from previous models, which enables greater vision system accuracy and high-quality 01005 placement. The new series also shares the class-leading machine and NPI software with the current Mx series platform, which will be continued at a lower price point.

There are four models in the new MR machine series: two single-gantry, single-conveyor and two dual-gantry, dual-conveyor models. Additionally there are two versions of heads on either the single or dual gantry drive system. The higher-speed machines have six “Module” type heads per gantry, and the most flexible versions have four “Precision” heads per gantry. The following chart summarizes the MR Series specifications: 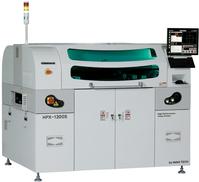 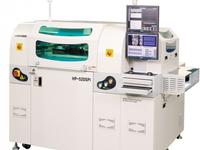 IPC Certification Training from the comfort of your home or office
World Source Equipment: Used equipment sale. Hundreds of items on sale.
The 2023 IPC Certifications Schedule is Here. Train In-Person, Online or On-Site. EPTAC is the Leader in Electronics Manufacturing Training with 24 Locations across North America.