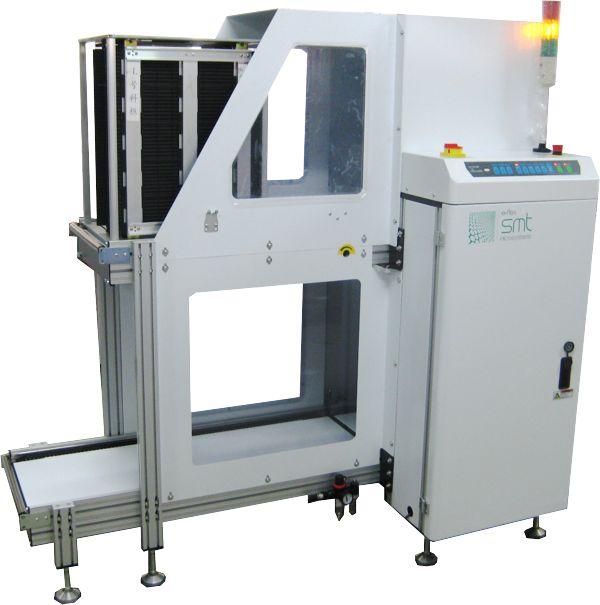 Our standard loaders are the most cost-effective PCB loaders of the different series. They are used to load the PCB’s into the production line by picking them from standard magazine racks, basically designated for assemblers who use only one size magazine along their process. The magazines are loaded onto the lower platform and pushed manually into a lifter platform, which will go up step-by-step according to a programmed selectable pitch (to push out each PCB one by one into the SMT line). As soon as the lifter reaches the upper position, the empty rack will be pulled back on the upper platform, so it can be removed from the equipment and reloaded again.

We have four models according to the maximum width of the pcb that they will work with, all of them provided with an easy button-style control or touch screen as an option. Below are some examples:

Magazine Loader was added in Oct 2017

Magazine Loader has been viewed 454 times 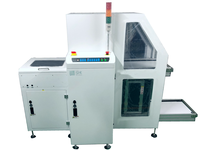 Sell your surplus machinery!!! We buy all types of Fabrication, CNC machines, and More. Contact Tom@xtechauctions.com for more details.
"Find out how you can receive priority in SMTnet Search with out Sponsor membership."