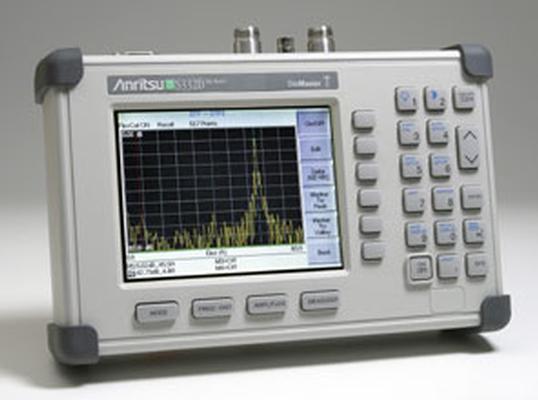 
OPTION 03 = Color LCD Display. The Anritsu S331D spectrum analyzer is a wide band, very sensitive receiver. It works on the principle of "super-heterodyne receiver" to convert higher frequencies (normally ranging up to several 10s of GHz) to measurable quantities. The received frequency spectrum is slowly swept through a range of pre-selected frequencies, converting the selected frequency to a measurable DC level (usually logarithmic scale), and displaying the same on the CRT of the Anritsu S331D. The CRT displays received signal strength (y-axis) against frequency ( x-axis). 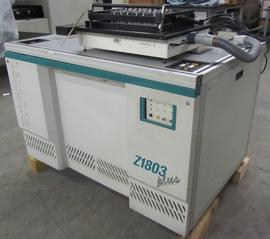