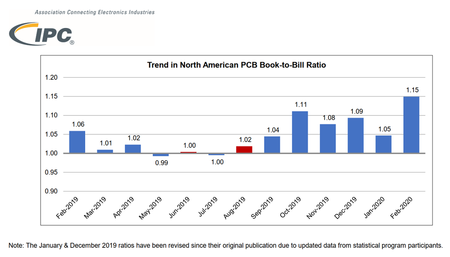 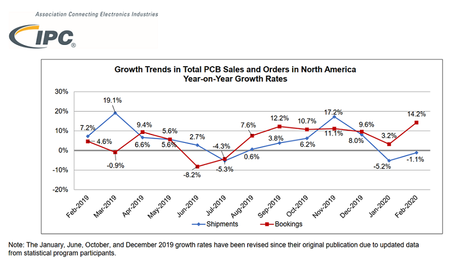 “The coronavirus outbreak in China in late January and February created an unprecedented supply shock that idled significant global capacity and drove a historic increase in new bookings for the North American PCB industry,” said Shawn DuBravac, IPC chief economist. “We expect to see further increases in both new bookings and shipments in the coming month as near-term demand in North America spikes due to dis-allocations in the global supply chain and the medical supply chain ramping production of medical equipment to combat COVID-19.”