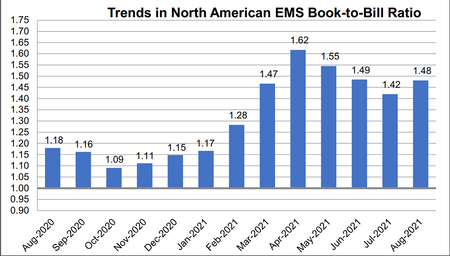 “August brought another strong month of orders for the EMS sector. Year-to-date bookings are up 22 percent,” said Shawn DuBravac, IPC’s chief economist. “During the month we also saw shipments pick-up, a hopeful sign that manufacturers will be able to deliver on their growing backlog of orders.”