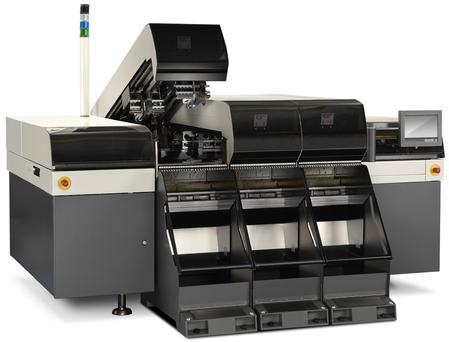 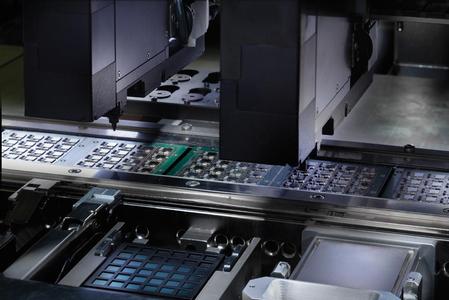 At this year’s Semicon Taiwan, September 7 to 9, Assembléon will make its official appearance in the semiconductor industry with a dedicated solution. In cooperation with local representative Sigmatek, the pick & place solution provider launches the A-Series Hybrid, a new solution within its A-Series lineup targeting manufacturers in the semiconductor back end industry.

Next to this unique feature, the A-Series Hybrid can bond flip chips at a repeatability of 10 micron while placing at a record speed of  2,500 components per hour (cph) per single placement head. Die bonding speeds are 3,500 cph per head at 25 micron, while passives are placed at 8,000 cph at 40 micron. That is including the fluxing action. The first A-Series Hybrid model on the market can carry up to three specialized Twin Placement Robots (TPR), holding two heads per robot for a total flip chip bonding speed of 15,000 placements per hour per machine. Next to solely TPRs, the A-Series Hybrid can also carry conventional placement robots for chip shooting for passives as small as 01005 (0402M metric coding). In fact, the machine can be configured with any combination of robots for passives or dies towards the needs per specific application.

Patrick Huberts, program manager for the A-Series Hybrid explains: “Where different equipment is currently used in the industry to place chips and known good dies for manufacturing of SiP, MCM and high performance flip chip modules, this can now be done on one single machine. It makes the A-Series Hybrid a true single machine solution, reducing production and investment costs for module manufacturers. And by using the proven technology of parallel placement; it improves the quality of their end products too. Our Hybrid increases a manufacturer’s flexibility by increasing the variety of different types of components placed by one machine. Therefore optimizing the use of valuable floor space, too.”

Over 99.99% first-pass-yield with a controlled pick & place process

The A-Series Hybrid is programmed with various closed loop processes to control the picking and placing of components like dies. During the controlled linear robot movement, it continuously monitors the position of the parts before placing them with the Programmable Placement Force Control feature which can be as low as 0.5 Newton. 100% undamaged components are assured by the total elimination of impact forces, controlled by the advanced board collision detection mechanism.  This all results in the industry’s highest first-pass-yield of over 99.99%; eliminating waste, rework and defective end products. And avoiding the risks of cracked components, a common problem in back end applications.

Assembléon is a world leader in surface-mount pick & place solutions for the electronics industry, designing and manufacturing its own  placement equipment for the global market. Based in Veldhoven, The Netherlands, Assembléon has an extensive global sales and support network. The company was founded by Royal Philips Electronics.