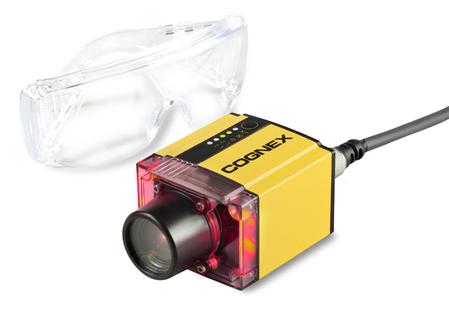 The revolutionary DataMan® 500 combines the benefits of image-based readers with the ease-of-use and cost of laser scanners.

“The DataMan 500 offers significantly faster read rates than Purolator’s current laser-based systems, and can also read labels with more highly degraded codes,” said Dr. Robert J. Shillman, Chairman and Chief Executive Officer of Cognex. “With their existing laser-based scanners, operators were often required to pass packages under the scanners multiple times before the barcodes could be read. The DataMan 500 has been able to read every label on the first attempt, reducing operator processing time by half, and this has significantly improved both operator satisfaction and overall productivity.”

The DataMan 500, introduced in January, is the industry’s first camera-based system capable of reading codes in real-world logistics applications where laser-based readers have previously been the standard. The DataMan 500 offers consistent, reliable reading of 1-D barcodes that lasers cannot read, including damaged, distorted, blurred, scratched, low height and low contrast codes.  It also reads codes presented in any orientation, multiple codes within the same image, and 2-D codes such as Data Matrix and QR codes.  With no moving parts to wear out, the DataMan 500 also offers exceptional reliability, lower maintenance and longer product life.

For more information about the advanced capabilities of the DataMan 500 image-based barcode reader, visit www.cognex.com/DataMan500.

Purolator, headquartered in Mississauga, Ontario is Canada’s largest courier company and one of Canada’s 10 Most Admired Corporate CulturesTM. Purolator is committed to its customers and more than 11,300 employees, including more than 3,500 couriers. From automated solutions to 24 hour pickup and delivery, Purolator provides customers with the services and customized solutions required to get their shipments across town or around the world. Purolator uses Canada's largest dedicated air express fleet and has an extensive service network, with more than 123 operations locations, more than 140 Shipping Centres, more than 550 authorized Shipping Agents and more than 350 drop boxes.

Cognex Corporation designs, develops, manufactures and markets machine vision sensors and systems, or devices that can “see.”  Cognex vision sensors and systems are used in factories around the world where they guide, inspect, gauge, identify and assure the quality of a wide range of items during the manufacturing process.  Cognex is the world’s leader in the machine vision industry, having shipped more than 600,000 machine vision systems, representing over $3 billion in cumulative revenue, since the company's founding in 1981.  Headquartered in Natick, Massachusetts, USA, Cognex has regional offices and distributors located throughout North America, Japan, Europe, Asia and Latin America.