Proton exchange membrane fuel cells (PEMFCs), with their high-tech advantages such as high efficiency, low noise, low temperature quick start, and zero pollution, are very suitable as the power source of new energy and environmentally friendly vehicles. At present, noble metal Pt-based catalysts are still the most commonly used catalysts for PEMFCs. Although PEMFCs technology has made major breakthroughs in recent years, its high price and shortcomings of easy poisoning are important reasons why PEMFCs are difficult to commercialize on a large scale. Studies have shown that under the premise of large-scale production, 46% of the cost of PEMFCs comes from the Pt-based catalysts used.

Among non-precious metal catalysts, M-N-C has the advantages of large specific surface area, reasonable pore size distribution and high ORR catalytic activity. At the same time, this type of catalyst can effectively reduce the cost of PEMFCs, and also has the advantages of long life and methanol resistance, which is very promising to replace the expensive Pt-based catalysts. M-N-C was first used as an ORR catalyst from the study of metal macrocyclic compounds. Since scientists published that transition metal M-N-C has an ORR catalytic effect, researchers began to pay more attention to M-N-C catalysts. The non-noble metal M in M-N-C can generally be Fe, Co, Ni, Cu, Mn, etc., especially M-N-C non-noble metal catalysts with Co and Fe as the central atoms have been studied. The catalytic mechanism and active centers of M-N-C catalysts have always been the focus of this type of catalyst research, but it is still unclear. The addition of different metals has different effects on the formation of active sites. The addition of Co may only assist nitrogen atoms to better incorporate into the carbon lattice, and does not directly participate in the formation of active centers, while Fe can coordinate with the surrounding nitrogen (Fe-Nx), directly involved in the formation of active centers.

The factors that affect the performance of M-N-C catalysts include the preparation method of the catalyst, the type of metal and its salt, the type of nitrogen source, the type of carbon support, and the heat treatment conditions. Using template method to prepare M-N-C catalyst material can increase the specific surface area and introduce sufficient active sites, thereby improving the ORR catalytic activity of the M-N-C catalyst. MUN et al. synthesized Fe-NC catalysts with an ordered mesoporous structure by using a soft template method. This ordered mesopores provide the catalyst with a higher specific surface area and active sites. Membrane electrodes made of the Fe-NC catalyst (Membraneelectrode assembly, MEA) Its power density is higher than that of MEA with commercial Pt/C catalyst. Using phthalocyanine iron (II) as the source of Fe, N and C, using mesoporous SiO2 as the template, a Fe-NC catalyst with high specific surface area and porosity of 50% was prepared. The ORR catalysis is carried out in a 4-electron process. The potential is 0.83V, slightly lower than the commercial Pt/C catalyst. However, the durability and methanol resistance of Fe-N-C catalysts are significantly better than those of commercial Pt/C catalysts.

The precursor types of metals and their salts have a very obvious effect on the performance of M-N-C catalysts. With iron salt as the metal precursor, BP2000 as the carbon source, polypyrrole (PPy) as the nitrogen source, and p-toluene sulfonic acid (TsOH) as the dopant, the synthesized Fe-PPy-TsOH/C catalyst has perfect crystals and particles. The size is moderate and evenly distributed. The ORR starting potential is 0.72 V in 0.5 mol/L H2SO4. When 33.3% Co is used to replace Fe in Fe-PPy-TsOH/C, due to the synergistic effect of Fe and Co, the promotion of CoFe2O4 and the increase in specific surface area caused by the hollow structure of the catalyst, the obtained Fe0.666Co0.333PPy The catalytic performance of TsOH/C catalyst for oxygen reduction has been significantly improved.

Nitrogen-doped graphene (N/GR) is considered to be an effective non-metal oxygen reduction catalyst. However, the N-doping efficiency of N/GR is very low. Only a few N atoms are incorporated into the graphene framework, resulting in N The ORR catalytic activity of the /GR catalyst is not high. A Co/N/GR catalyst with high N doping efficiency was prepared by a closed pyrolysis method. The catalyst showed good ORR catalytic activity and had better stability and methanol resistance than commercial Pt/C catalysts. The main reason is that Co nanoparticles support the N/GR framework and the increase of N doping atoms, which provides a larger specific surface area for Co/N/GR, and exposes Co nanoparticles and N doping active sites as much as possible. The ORR catalysis of the catalyst is carried out in a 4-electron process.

Due to the difficulty and high cost of synthesizing metal macrocyclic compounds, researchers have gradually replaced them with low-cost precursors and pyrolyzed different forms of transition metal, N, and C precursors to synthesize M-N-C catalysts. The nitrogen sources mainly include polyaniline, polypyrrole, polydopamine, etc. These nitrogen-containing organic polymers are relatively highly ordered, and are easy to form an ordered and stable N-doped C active layer during the pyrolysis process. Among them, polypyrrole was first used as the precursor for the synthesis of M-N-C catalysts. Later, researchers found that the ORR catalysts synthesized by pyrolysis of polyaniline had better ORR catalytic activity and more stable. The researchers obtained Fe-N-CNFs catalytic material by carbonizing iron salt and polyaniline in an inert atmosphere. The ORR catalysis was carried out in a 4-electron process. The half-wave potential dropped by 10 mV after being circulated 2000 times in an alkaline solution. The same test conditions The commercialized 20wt% Pt/C dropped by 42mV, and the durability and methanol resistance of the Fe-N-CNFs catalyst was also higher than that of the commercialized catalyst.

Although the M-N-C catalyst prepared by the precursor pyrolysis method has good ORR catalytic activity, its preparation process is complicated, the morphology and structure of the pyrolysis product are difficult to control, and the consistency of material properties is difficult to guarantee. How to optimize the preparation process and obtain catalytic materials with controllable morphology and structure and consistent catalytic performance is the main research direction of M-N-C catalysts. In addition, the active sites and catalytic mechanism of the M-N-C catalytic oxygen reduction process are still controversial, and further research is needed. 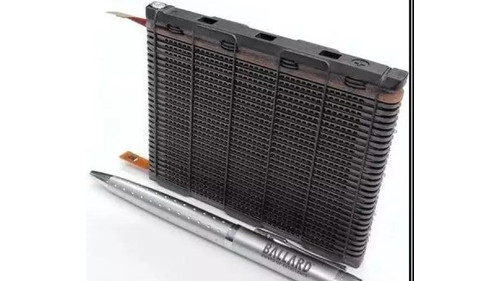 The researchers used the hydrothermal method to load Co3O4 and CoO nanoparticles on a nitrogen-doped carbon support to improve the conductivity of metal oxides and use their synergistic effects to enhance ORR catalytic activity. The analysis of the fine structure by X-ray near-side absorption shows that the catalyst has formed metal-carbon-oxygen and metal-carbon-nitrogen covalent bonds, and electrons are transferred from nitrogen to the metal oxide, thereby giving the metal oxide good conductivity and Electrochemical activity. Combining transition metal oxides of different valences to form a spinel structure catalyst is the focus of research on transition metal oxide catalysts. In addition, by replacing part of Co3+ in Co3O4 with Mn3+, a MnCo2O4 catalyst with a spinel structure was synthesized, and the ORR activity of the catalyst was significantly improved. In addition to single metal oxides, oxides containing two or more transition metals also have excellent ORR catalytic activity. The researchers obtained porous spinel CoxMn3−xO4 with controllable crystal structure and morphology through the pyrolysis of the precursor. Among them, cubic CoxMn3−xO4 nanorods have excellent ORR catalytic activity, with an ORR starting potential of 0.9 V and a half-wave potential of 0.72 V, which is very close to the catalytic performance of commercial Pt/C catalysts. At the same time, cubic CoxMn3−xO4 nanorods also have better stability than commercial Pt/C catalysts, and their catalytic performance is basically not attenuated after 10,000 cycles. The catalytic activity of CoxMn3−xO4 with tetragonal structure is slightly lower than that of cubic CoxMn3−xO4 nanorods. This is because the metal sites on the surface of the cubic structure have stronger adsorption capacity for O2 than the tetragonal structure, so the cubic structure has more active sites under the same surface area.

Transition metal sulfides have the best ORR catalytic activity among chalcogenide catalysts, such as Co9S8 catalysts. According to the density functional theory (DFT) study, in Co9S8, oxygen is adsorbed on sulfur, and the overpotential of oxygen reduction on the (202) crystal plane is equivalent to that of Pt. In addition, the ORR catalysis of Co1−xS, Co4S3, CoSe2 in alkaline media is carried out in a 4-electron process, while in acidic media, it is usually carried out in a 2-electron process. The researchers used nano-Co9S8 coated N-doped graphitized carbon to synthesize the Co9S8-N-C catalyst in alkaline medium with better ORR catalytic activity than Pt/C catalyst. The researchers used reduced graphene oxide supported Co1−xS nanoparticles to prepare the catalyst, which has good ORR catalytic activity in both acidic and alkaline solutions. Among them, the ORR initial potential in the acidic solution reached 0.8 V, and the current density was also relatively high, but the stability of the catalyst was still far behind the commercial Pt/C catalyst. Therefore, improving the stability of transition metal sulfide catalysts in acid solutions will be the main research direction of transition metal sulfide catalysts in the future.

Non-precious metal catalysts have the advantages of low price, abundant resources, good ORR catalytic activity and methanol resistance. They are expected to replace Pt-based catalysts in PEMFCs, thereby reducing costs and promoting large-scale commercial applications of PEMFCs. From the current research and analysis, among many non-noble metal catalysts, the M-N-C catalyst has the best catalytic performance and is the most promising replacement for Pt-based catalysts. However, although the research of M-N-C catalyst has made great progress, its preparation process is complicated, and the consistency of the material is difficult to be guaranteed, and the synthesis process still needs to be further optimized. In addition, the active sites and catalytic mechanism of the M-N-C catalytic oxygen reduction process are still controversial, and further research is needed.

How to use to reduce the amount of catalyst used in the production process of proton exchange membrane fuel cells. The use of ultrasonic catalyst spraying equipment reduces material consumption by up to 50% and reduces overspray, thus saving expensive catalyst solution. In MEA manufacturing, the platinum utilization rate can be as high as 90%. Clean and precise spraying, easy to shape, ultrasonic spraying is suitable for various applications. 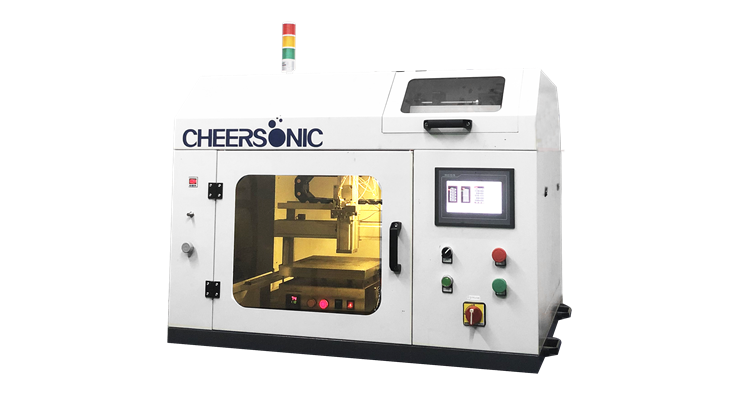