Use of Differential Pressure Transmitter and Common Troubleshooting 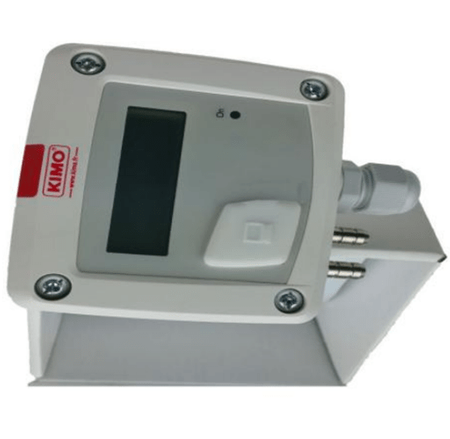 Differential pressure transmitter is a kind of pressure measuring instrument widely used in all kinds of chemical industry.

Working principle of differential pressure transmitter is as follows.

You can just choose a section of pipe on the whole pipe to test its pressure, i.e. to detect the pressure of the pipe through differential pressure transmitter and secondary meter.

The differential pressure transmitter is installed through the pressure difference between the front and back of the flow orifice plate, which is matched with the square root secondary meter to measure the flow in the pipeline.

In general, with the development of social industrialization and the continuous improvement of petrochemical and steel automation level, the application scope of differential pressure transmitter is more and more extensive.

However, there is also increasing number of problems in production.

For example, different installation, use and maintenance personnel make it more difficult to solve problems quickly, which affects the normal production to a certain extent, sometimes even endangers the production safety.

Therefore, the field instrument maintenance personnel must have advanced techniques and skills for the instruments.

In order to prevent the medium in the pipeline from entering the transmitter directly, the pressure sensing diaphragm is connected with the transmitter by a capillary pipe filled with fluid.

The differential pressure transmitter is used to measure the liquid level, flow and pressure of liquid, gas or steam, and then convert the detected information into 4 ~ 20mA DC signal for output.

Differential pressure transmitter is suitable for the following measurement and control situations.

Viscous medium at high temperature.
Medium easy to crystallize.
Precipitation medium with solid particles or suspended substances.
When your medium is strong corrosive or highly toxic, using a differential transmitter can avoid pressure pipe leakage from polluting the surrounding environment. And it also helps to avoid the cumbersome work of often replenishing the isolation fluid due to the unstable measurement signal when using the isolation fluid.
When you continuously and accurately measure the interface and the density remote transmission device, you can avoid the mixing of different instantaneous media, so that the measurement results can truly reflect the actual situation of the process change.
In occasions that require high hygiene and cleanliness, such as food, beverage and pharmaceutical industry production, not only is it required that the part of the transmitter contacting the medium meets the hygienic standard, but also it is easy to wash to prevent cross contamination of different batches of medium.

In the process of measurement, the differential pressure transmitter often has some problems or failures. For such occasions, the timely judgment, analysis and treatment of the breakdown is very important for the ongoing production.

According to the experience of daily maintenance, we summarized some problem analysis methods and solutions.

First of all, you need to separate the suspected part from other parts to see if the problem disappears. If it disappears, you can find the fault. If it doesn't disappear, go to the next step.

In the case of ensuring safety, you need to directly short the relevant part of the circuit.

Replace the suspected part to determine the fault location.

For example, when you suspect that the transmitter circuit board is faulty, you can temporarily replace it to find the cause.

You can check in parts, narrow the scope of the check to find out the fault location.

In instrument maintenance, due to untimely discharge of differential pressure transmitter's pressure pipe, or dirty and sticky medium, it is easy to cause blockage of positive and negative pressure pipes.

The performances of blockage are: transmitter output decreases, rises or remains unchanged.

The method of measuring the flow of the purified air main pipeline used for instrument control valve of a heating furnace is as follows:
throttle plate + differential pressure transmitter.

After inspection, the configuration of the secondary instrument (DCS) and the electrical signal circuit work normally, and the transmitter is sent to the calibration room for calibration.

Therefore, it is suspected that the problem occurs on the pressure pipe. With further inspection, staff stopped the leakage caused by poor welding of the positive pressure pipe, and the flow measurement returns to normal after repair welding and plugging.

Next, we will analyze the problem performance reflected by the leakage of positive impulse pipe.

The performance of positive pressure pipe leakage is that the transmitter output drops, rises and remains unchanged.

In fact, when the leakage of the pressure pipe is very small, it is difficult for the process operation or instrument maintenance personnel to find out for various reasons. Only when the leakage is large and the measured flow has a large error compared with the actual flow, it will be found that even if the actual flow increases.

Thank you for your reading and more information please visit https://okmarts.com/

How clean is clean? We can tell you. SIR (Surface Insulation Resistance) testing is now available at our Technical Center in Manassas. Call or click today for more information!