MYDATA launches the new MY200 series placement machines at Productronica 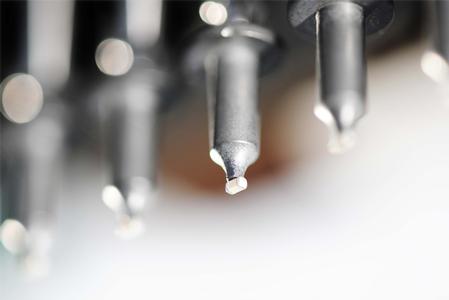 The increasingly varied and complex electronic content in cars, phones, tablets and other electronic devices is driving a need to mount diverse components on PCBs with uncompromising accuracy - at high speed. It is also adding to the pressure on electronic manufacturers to handle shorter batch sizes and unpredictable delivery schedules. To solve these challenges, MYDATA, the global innovator of surface mount solutions, says it is introducing a new, improved range of surface mount machines called the MY200 performance series.

A new platform for the future

Scheduled for release at Productronica 2013 in Munich (Nov. 12 – 15, Booth A3 241), the new MY200 series brings a whole new level of performance to the company’s pick-and-place equipment. “We’re very pleased to be able to present this new platform. The MY200-series contains new and very advanced technologies, including new hardware and software that give our customers higher throughput, higher accuracy and improved line utilization. Yet again we have implemented these improvements without sacrificing on compatibility with our current machine platform,” says Robert Göthner, General Manager Business Area SMT at Micronic Mydata.

The company says the new machines bring the signature “high-mix capabilities” for which MYDATA is well known to a new category of higher throughput producers who are demanding greater flexibility. The suite of machines includes a solution for every production scenario – from short runs and prototyping to multi-machine in-line solutions for around-the-clock manufacturing. The two major improvements on the new MY200 machines are: a new high-performance component inspection and positioning system - Linescan Vision System 3 (LVS3); and a new high-speed mount head for highly accurate placement of the latest component technologies - HYDRA 4.

“The beauty of the new vision system is that it gives our customers a three-fold positive impact on production by including our most advanced vision technologies into one unit,” says Mattias Jonsson, Product Manager pick-and-place equipment.  He notes that the new system combines the advanced programmable illumination of the Dual Vision System with the well-known image quality and speed of the linescan camera. Thanks to an automated teaching process and adaptive algorithms, the LVS3 enables the system to generate much higher quality images. Together with the linescan camera’s ability to take 50,000 images a second, it vastly improves capabilities for high-speed, on-the-fly inspection and alignment of complex components. “Really this means a boosting of line speed since a wider array of component types can run in high-speed mode, leading to fewer false rejects and errors.”

In addition to the vision system, the new MY200 machines will be equipped with a new HYDRA 4 mount head that is twice as accurate as the previous HYDRA mount heads. Due to improvements both in mechanical design and software processing, the machine can offer high-speed placement repeatability of less than 30 μm at 3-sigma. “What all these improvements mean is that MY200 customers will be getting a higher throughput, so they can run at full speed with high precision and no risk of errors. Rated line speed is one thing, but what’s really important in a live production environment is how many boards get produced by the end of the day,” says Jonsson.

Versatile and easily upgradeable, the new MY200 range includes the following:

Micronic Mydata AB is a Swedish high-tech company engaged in the development, manufacture and marketing of production equipment to the electronics industry. The products consist of pattern generators including mask writers and direct writers for the production of photomasks and substrates as well as advanced surface mount technology (SMT) equipment. The pattern generators are used by the world’s leading electronics companies in the manufacture of semiconductor circuits, for advanced electronic packaging and displays used in PC tablets, smart phones, TVs and computers. The SMT equipment is used for surface mounting of electronic components and stencil free jetting of solder paste. The SMT equipment is used, among others, by large and small manufacturers of electronics in aerospace, aviation and telecom. Micronic Mydata headquarters is located in Täby, north of Stockholm and the Group has subsidiaries in China, France, Germany Japan, Singapore, South Korea, Taiwan, the Netherlands, United Kingdom and the United States. For more information see our web site at: www.micronic-mydata.com

We are a professional PCB separator manufacturer since 2005, we could provide different depaneling solutions!