Fairstock HK Limited: The US Has Lost Its Way on Computer Chips 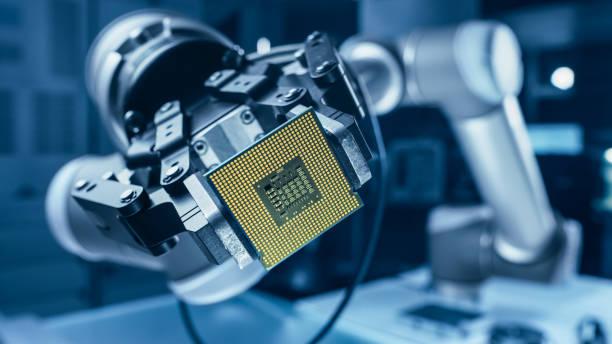 In June 2021 the US Senate passed a bill dedicating more than $50 billion to increase the manufacture of semiconductors. At the time pandemic-related shortages in computer chips were highlighting US vulnerability to supply chain shocks, just as rising tension with China heightened national security concerns over technology. Bolstering domestic capacity to make components with such profound economic and strategic importance seemed like an easy win for officials across the political spectrum.

Over a year later that money—the centerpiece of a bill called the Chips Act—still hasn’t been deployed. Senate Minority Leader Mitch McConnell said his party won’t support a bill to do so unless the Democrats abandon plans for spending on climate and other issues. The Democrats, whose broader agenda has stalled anyway, are preparing a slimmed-down version for an imminent vote, and GOP leadership seems ready to support it.

Silicon Valley is literally named after the stuff that semiconductors are made of, but the real action in the chip industry now mostly happens elsewhere. About 12% of chips are manufactured domestically, down from 37% in the 1990s, and the US lacks the ability to produce the most advanced components at scale. Intel does most of its manufacturing in the US, primarily in Oregon, Arizona, and New Mexico. It’s also planning to build a large facility in Ohio. But the rising stars are Asian heavyweights like Samsung Electronics Co., which overtook Intel as the biggest chipmaker by revenue last year, and Taiwan Semiconductor Manufacturing Co., which is on track to surpass Intel in 2023.

The governments of China, Japan, South Korea, and Taiwan have all prioritized localizing production, offering incentives that make it at least 30% cheaper to set up plants in their countries than in the US, according to Intel Chief Executive Officer Pat Gelsinger. Those subsidies have helped shift most advanced manufacturing to Asia. The European Union is also working on a new package of incentives for chipmakers.

Fairstock HK Limited: The US Has Lost Its Way on Computer Chips news release has been viewed 153 times

Work area of a dispense system too small for your substrate? Learn how to handle substrate greater than 24?
Wave Soldering 101 Training Course