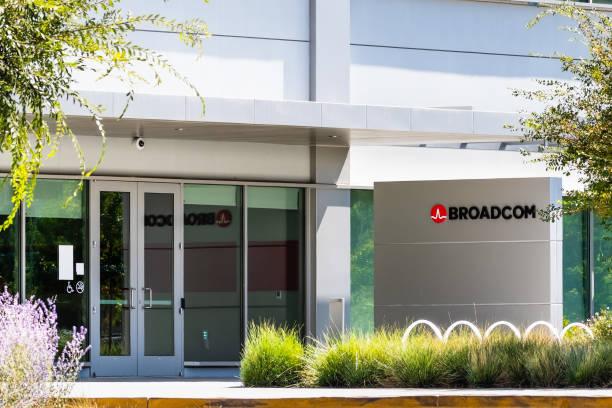 Broadcom Inc. agreed to buy cloud-computing company VMware Inc. for about $61 billion, sealing one of the largest technology deals in history and advancing the chipmaker’s quest to become a force in corporate software.

VMware shareholders can choose to receive either $142.50 in cash or 0.2520 shares of Broadcom stock for each VMware share, according to a statement on Thursday. The offer represents about a 44% premium to VMware’s closing price on May 20, the last trading day before Bloomberg News reported the takeover talks.

The deal marks the biggest-ever takeover for a semiconductor maker and extends an acquisition spree for Broadcom Chief Executive Officer Hock Tan, who has built one of the largest and most diversified companies in the industry. VMware bolsters Broadcom’s software offerings -- a key part of Tan’s strategy in recent years. He acquired corporate-software maker CA Technologies in 2018 and Symantec Corp.’s enterprise security business in 2019.

Broadcom’s offer -- coming during a market downturn for tech stocks -- has the support of key VMware shareholders Michael Dell and Silver Lake, and includes a so-called go-shop provision that allows VMware to solicit competing offers.

VMware will be required to pay a $1.5 billion breakup fee if it backs out of the deal, unless it secures a superior agreement by July 5. Then the amount will be just $750 million. Broadcom must pay VMware $1.5 billion if it terminates the deal or if the transaction fails to get regulatory clearance.

Broadcom, one of the most valuable companies in the chip industry, sells components for everything from the iPhone to industrial equipment. But it’s seeing some of its biggest growth from data centers -- the massive server hubs that power cloud-computing services -- and bulking up on software helps it further serve that market.

IPC Certification Training from the comfort of your home or office
The 2022 IPC Certifications Schedule is Here. Train Online, On-Site, Dedicated Online, or a Variety of Scheduled Classes.