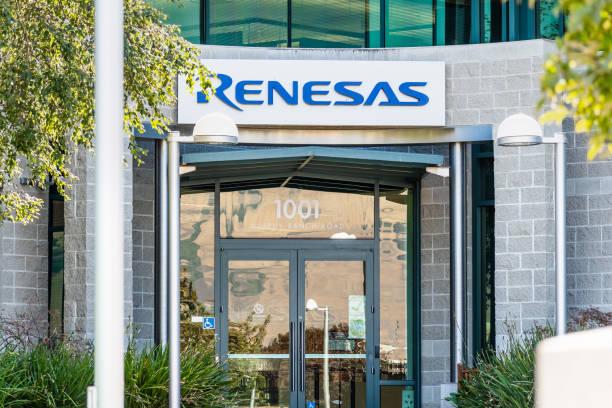 The world’s biggest maker of automotive microcontrollers presented the proposal last week to its workers’ union and lenders Mitsubishi UFJ Financial Group Inc. and Mizuho Financial Group Inc., a person briefed on the matter said May 25. The job cuts would amount to almost a quarter of the company’s 42,800 employees as it seeks to return to profit.

Renesas will explain the plan to its main shareholders Hitachi Ltd., Mitsubishi Electric Corp. and NEC Corp. this week, according to the person, who spoke on condition of anonymity because it may change. It probably will ask the three companies to buy shares to raise 50 billion yen, the Yomiuri newspaper reported on May 22 without saying where it got the information.

The chipmaker’s shares dropped 11 percent to close at 244 yen in Tokyo, the lowest since its July 2003 initial public offering. More than 6.7 million shares exchanged hands, compared with a six-month daily average of about 770,000.

NEC, the top shareholder of Renesas with a 35 percent stake, tumbled 9.2 percent to 108 yen, while Mitsubishi Electric gained 0.3 percent and Hitachi dropped 0.4 percent.

“Renesas fell on concerns over whether the company can really sell shares,” said Naoki Fujiwara, who helps oversee $6.6 billion at Shinkin Asset Management Co. in Tokyo. “There are also concerns that a further investment in Renesas would hurt NEC’s financial strength.”

The company may need to eliminate about 12,000 jobs, Takeo Miyamoto, an analyst at Deutsche Bank, wrote in a May 23 report.

Job cuts may reach 14,000, Kyodo News reported May 26, without saying where the information was obtained.

“We acknowledge the need for job cuts though nothing has been decided,” Shinichi Iwamoto, a senior vice president of Renesas, told reporters in Tokyo today.

Renesas may sell some of its 19 production plants in Japan, including one in Tsuruoka, Yamagata prefecture, Yomiuri reported yesterday after saying last week the company plans an alliance with Taiwan Semiconductor Manufacturing Co.

Cheng-Ming Lin, a director in charge of specialty technology at TSMC, who also met reporters today on a plan to collaborate with Renesas on developing and manufacturing microcontrollers, declined to comment whether the company is considering a plant from Renesas.

Renesas was formed in 2010 after the merger of money-losing chipmakers Renesas Technology Corp. -- a venture between Hitachi and Mitsubishi Electric -- and NEC Electronics Corp.

Elpida Memory Inc., which shares the same origin as Renesas, filed for bankruptcy in February after posting losses for five straight quarters because of falling prices of the main memory used in personal computers. The Tokyo-based company was formed in 1999 after merging Hitachi and NEC’s dynamic random-access memory business. Mitsubishi Electric later separated its DRAM unit and combined it with Elpida.

Renesas makes semiconductors that are used in products ranging from automobiles to consumer electronics for tasks including triggering air bags in cars and controlling DVD players.

How much time do you spend on production change-over? Learn how to streamline High-Mix Low-Volume operations.
Could your company use some $$$? Let Baja Bid turn your EXCESS ASSETS in to some much needed cash!
Discover how to revive your liquid dispensers by retrofitting latest pump technologies into your systems.