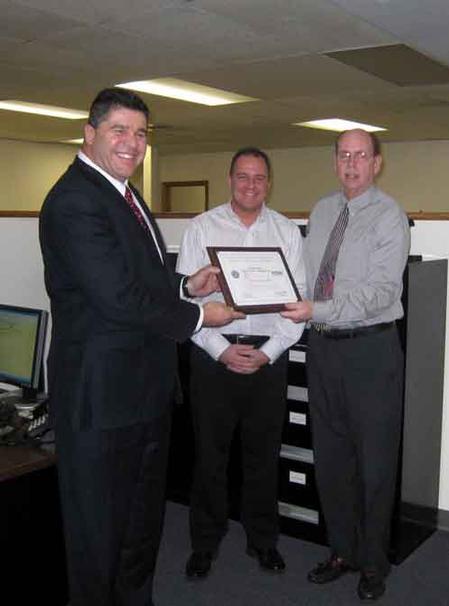 Donna Callahan from the Rhode Island branch of the Employer Support for the Guard and Reserve (ESGR) and Ernie Almonte, Rhode Island Auditor General and the volunteer State Chairman of ESGR, presented Joe with the award, which was created by ESGR to publicly recognize individuals that provide outstanding patriotic support and cooperation to their employees, who like the citizen warriors before them, have answered their nation�s call to serve.

Joe Burns was nominated for being highly supportive of the Reserve Service by his reserve component employees. Supportive supervisors are critical to maintaining the strength and readiness of the nation�s National Guard and Reserve units.

Component Placement 101 Training Course
MSD Dry Cabinets
Could your company use some $$$? Let Baja Bid turn your EXCESS ASSETS in to some much needed cash!