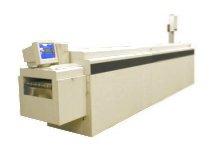 First off, are you planning on placing these parts with your placement machine since you mentioned that you do not have an alignment system for rework? I would be leery of handplacing a BGA into paste by steady hand and craned neck alignment. Seco

I received a request from customer to assemble ceramic substrate (alumina oxide)that printed with a low temperature Copper thick film conductor (the overglaze layer is polymer). The Copper pads are exposed without any coating. This ceramic substrate

Flex Interconnect Technologies (FIT)announces that it will exhibit in Booth #413 at the upcoming BIOMEDevice Exposition, scheduled to take place December 4-5, 2012 at the San Jose Convention Center in California.

This paper discusses the basic concepts and current state of development of EUV lithography (EUVL), a relatively new form of lithography that uses extreme ultraviolet (EUV) radiation with a wavelength in the range of 10 to 14 nanometer (nm) to carry out projection imaging. Currently, and for the last several decades, optical projection lithography has been the lithographic technique used in the high-volume manufacture of integrated circuits. It is widely anticipated that improvements in this technology will allow it to remain the semiconductor industry's workhorse through the 100 nm generation of devices. However, some time around the year 2005, so-called Next-Generation Lithographies will be required.

corners and edges, it makes the math very intense. 2) The more complex your shape, the more 'heavy' your STEP file is. I tried to keep it to a minimum on facets so as not to bog down a system