I have observed solder balling for all aperture sizes tested... - Sep 21, 2001 by Jeff Schake

Have you seen any solder beading (balling) with the aperture sizes you have been using on 0201 components? Have you experimented with some of the solder bead reducing designs?

I have observed solder balling for all aperture sizes tested. Solder balling levels appear to be better correlated against the amount of solder paste that is underneath the 0201 component terminations after placement rather than comparing this to the different aperture opening sizes. Generally, less material under the component will reduce solder balling. However, there has to be enough solder under the component to achieve a balanced and consistent wetting of the component terminations to solder reliably to the pads. Alternative aperture geometries, consisting of homeplate and bowtie shapes, were tested for transfer efficiency and print to print uniformity. These designs are intended to reduce the amount of solder printed under the component to inhibit the formation of satellite solder balls in reflow. The effectiveness of such a strategy to reduce solder balling for 0201s is still unclear to me, as the results so far are inconclusive. Using these alternative aperture shapes will typically reduce the volume capacity of the aperture, compared to a similar size rectangular opening. As a consequence, the aperture area ratio changes to a more challenging design, making it more difficult for the paste to release from the apertures. My argument for suggesting the use of rectangular apertures is based on this fundamental principle of maintaining tolerable area ratio levels. Compared to a rectangular aperture, the homeplate and bowtie shapes produced a much wider variation in print uniformity and lower transfer efficiency from the data collected. In turn, this was linked to lower assembly yields that may have masked any solder balling defects which otherwise would have occurred, making it difficult to determine if alternative aperture shapes did impact solder balling levels. 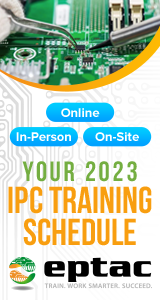 Problem with dispensing on a potato chip board or an uneven surface? Find out the solution to this...
Have you found a solution to REDUCE DISPENSE REWORK? Your answer is here.

How to maintain dispense results throughout the day? Closed loop feedback, control and monitor your dispense pump in real time.
Thermal Transfer Materials.