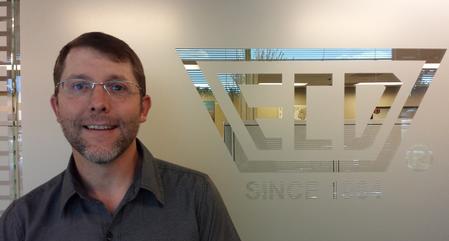 ECD today announced that it has named Todd Clifton as the company's new President to succeed founder and former President, Rex Breunsbach, who is downsizing his role at ECD.  Clifton previously was ECD’s Vice-President of Sales and Marketing.

Hired in 1996 as ECD’s IT Manager, Clifton has had various responsibilities within the organization and has been instrumental in developing and progressing some of its most successful products.  As the company’s IT Manager, he designed a pricing product matrix – which evolved into the industry’s first quick-turn PCB web-based ordering system -- that has endured as the industry standard for printed circuit board (PCB) purchasing. With this milestone, Clifton transitioned to ECD spin-off, Sunstone Circuits, as a product manager where he engineered free schematic and PCB layout software.  Following a brief hiatus from 2006 to 2008 during which time Clifton led the marketing efforts for outerwear powerhouse, WaterShed, Clifton returned to ECD as its Director of Technology-Driven Business Development and held this role until 2011 when he was named Vice-President of Sales and Marketing.

“My career with ECD has been rich with opportunity and exposure to multiple responsibilities and challenges,” says Clifton.  “I have learned so much in my time here and am honored to lead our amazing team, build on a strong foundation and innovate for future success.”

Clifton’s keen analytical skills, which underpinned his IT accomplishments, are also what have enabled much of ECD’s recent product and sales achievement.  As Vice-President of Sales and Marketing, Clifton helped redesign ECD’s flagship SuperM.O.L.E. Gold thermal profiling system and commercialize the feature-rich SuperM.O.L.E. Gold 2,  re-launched the company’s growing baking business and is currently working on two new products for the electronics industry.  As President, he aims to expand ECD’s product portfolio, broaden the company’s global presence and market penetration, and continue to leverage ECD’s technologies to enable processes and markets outside of its core electronics business.

“I am so excited about what the future holds for ECD,” says Clifton enthusiastically. “ This is the most customer-committed, inventive, creative and determined team of professionals and together we will ensure ECD’s success - today and tomorrow.”

Clifton will be based in ECD’s Milwaukie, Oregon headquarters and can be reached via e-mail at todd.clifton@ecd.com or by phone on 503-659-6100.

Except as otherwise noted, all marks used herewith are trademarks and/or registered trademarks of ECD and/or its affiliates in the US and elsewhere.

ECD is recognized worldwide for its leadership and expertise in thermal monitoring and analysis technology.  Based in Milwaukie, Oregon, the company is a pioneer in the design, development, and manufacture of advanced in-transit thermal profiling systems and software used to monitor and analyze process temperatures in various industries including electronics, solar and baking, among others.  Well-known for its data-rich software platform and robust hardware functionality, ECD is the thermal profiling choice of engineering professionals worldwide. For more information on ECD and its products, visit www.bakewatch.com | www.ecd.com.