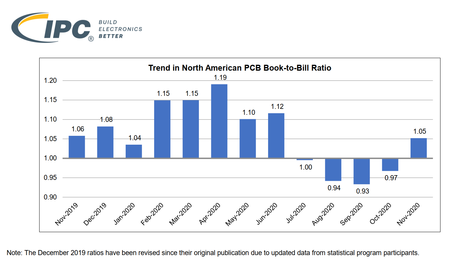 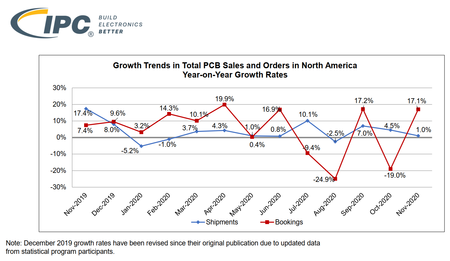 “PCB shipments and orders continue to be somewhat volatile but remain in line with recent trends,” said Shawn DuBravac, IPC’s chief economist. “While shipments slipped slightly below the recent average, orders rose above their respective average and are 17 percent higher than a year-ago.”