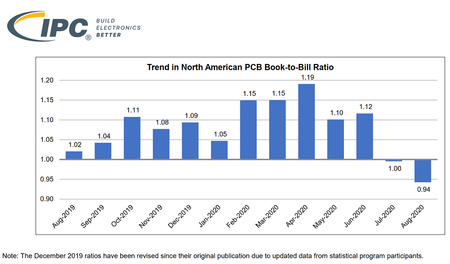 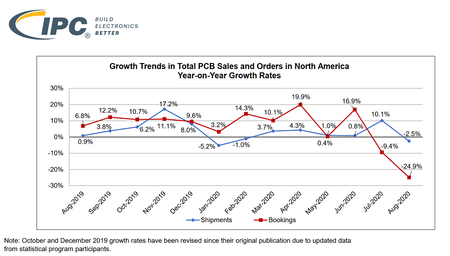 “The North American PCB industry saw historic growth in the early months of the pandemic with supply from China constrained and many manufacturers bidding for alternative capacity. Over the last two months however, order flow has slowed precipitously as the economic recovery moderates and downstream industries become more cautious in the face of mounting uncertainty,” said Shawn DuBravac, IPC’s chief economist. “August saw the lowest orders since July 2016. The supply chain remains healthy, but slowing downstream demand is weighing on the PCB industry and is likely to remain a headwind in the coming months.”